It’s no secret: we love to play games. It is said that we play to survive and survive to play. Playing is the very embodiment of what life on earth is like, and learning to play and interact with one’s surroundings is vital to our understanding of movement, space and even danger. Playing makes the impossible possible, because save for the limits of our imagination, nothing can truly hold us back. Playing can be a way of constructing an alternative reality, but also a means to enforce our own reality, or own sense of being.

Humans have been playing games since the beginning of time. Playing is constantly there, just beneath the surface, throughout the pages of history. Animals too, play games. When taking a closer look it becomes clear that playing is as essential to life as breathing. Playing is a safe outpost, a distraction from the routine to and fro of everyday life.

Playing is about creating, about fantasy and about second chances. One of the most critical aspects of play, is that of the restartable.  It teaches us that nothing is permanent, most things can be fixed and that the universe is never just about us – our actions involve and influence every other living being around us.  It has been said that we fly kites since we don’t have wings with which to fly.  Playing is exactly that – re-enacting a fantasy, and enjoying the variety of emotions that it brings about.

Casino games and online casino games is our solution to the question of the ultimate way to play. We have the opportunity to what we are born to do – to play – as well as engaging in a social and competitive element.  Couple all of this with a chance at a life-changing winning experience, and you have in your hands the recipe to the ultimate thrill.

The very first classic slot machine as it is known today, and in many ways the forerunner of all slot games and online slot games to follow, was invented by Charles Fey of San Francisco between the years 1887 and 1895.  The basic principle was an automised mechanism driving three spinning reels containing five symbols.  These symbols were traditionally horseshoes, diamonds, spades, hearts and the Liberty Bell (after which Fey’s invention was named). The Liberty Bell slot machine was a winning concept and the idea was adopted by many slot machine manufacturers.

The very first video slot machine was developed in the year 1976 by the Fortune Coin Company (Fortune Coin Co.), and this patent was purchased by IGT in 1978.

Many will remember the old one-armed bandits and old fruties machines from their childhood years.  Slot machines and games may have undergone a complete revolution since starting out, but remain the most well-loved games on the internet today.

It really should come as no surprise that the concept behind the game of Roulette started out in the mind of a mathematician. Legend has it that the inventor of the single zero Roulette wheel made a pact with the devil in return for the winning secrets of the game.  The single zero Roulette wheel was only designed in 1842, when it was designed in this style for King Charles III of Monaco. Adding a zero may seem like to big feat, but when considering the difference that it makes to the house edge, it becomes clear why this action was worthy of being in honour of royalty.

Roulette, and certainly online Roulette, trumps most other casino games as far as popularity is concerned and the green and red is bound to be around for a very long time yet.

No casino game popularity contest would be even near complete without making mention of the old classic game of Blackjack.  Blackjack certainly is the most popular of all of the table games offered by casinos.  There are two types of Blackjack played at live casino tables, as well as online: shoe games and hand-held games.  During a shoe game, the dealer will distribute cards from a dealing shoe, and cards will be dealt face upwards.  6 – 8 decks of cards are traditionally used.  During a hand-held game, on the other hand, only 1 or 2 decks of cards are used, and dealt directly from the dealer’s hand to the players.  Cards are dealt face downwards.

The basic premise of a game of Blackjack is simple – with its simplicity definitely adding to the popularity of the game. The object of the game is to end up with a hand of cards of which the value is as close as possible to 21 (without exceeding 21).  The player’s hand competes only against that of the dealer, with other players’ hands being of no concern.

Online Blackjack is in no way any less exciting than a live game at a dealer’s table. Live games can even be accessed online, and cyber players have as much fun as their land-based counterparts. 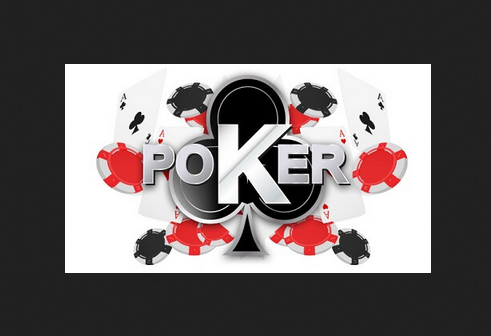 The card game of Poker needs no introductions.  It is widely regarded as the world’s most popular card game, and the game hails from a long and established history.  It probably all started with a Chinese game of domino cards, and is regarded as being a combination of elements of the game of Poker as it is known today, together with a number of rules from the Chinese game Mahjong.

The modern game of Poker is approximately 200 years old, and is played at land-based as well as online casinos across the globe.  Often referred to by authors and others as “the cheating game”, Poker has captivated the minds of players and spectators alike, as it is widely regarded as one of the most challenging card games around.

Poker continues to grow in popularity among patrons at land-based casinos as well as players enjoying the game online. For example, https://onlinecasinomalaysia.my/poker brings you the sites where you can try out online at.