Double Or Nothing is a gambling termed used most commonly when referencing a bet where the bettor decides to wager double their loss or debt, where it can either be cancelled completely, or doubled. It can also occur when a winner decides to try and bet their winnings, betting double what they have with the hope of walking away with the doubled amount, or walking away with nothing if they lose. This particular gamble is extremely risky, as it means you can lose everything you have, or finish the game with double the amount you initially bet.

Double Or Nothing in Poker 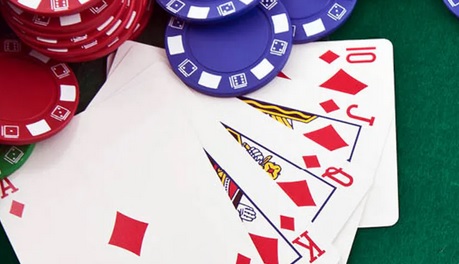 Double Or Nothing in Other Games

The double or nothing rule is not only exclusive to poker. It’s also used frequently in the table game of Roulette. Roulette involves a spinning wheel and a betting table, where players can make bets on what they believe the outcome will be on the spinning wheel. Bets in roulette can be both simple and incredibly complex, and players can make multiple bets on one spin. The double or nothing rule can be utilised in Roulette, as a player can bet double or nothing on a spin, such as black or red. If they bet on black, and the ball lands in black, the player will win back double the bet that they invested. Alternatively, if the ball lands on red, the player will lose the entire bet.

Double or nothing can be used in almost any casino game involving direct player action, such as card or dice games. This gives players the chance to bet everything and hope they can walk away a big winner. It should be noted that double or nothing may not apply to every casino game, however, as every game has a unique set or rules and customs.

Using Double Or Nothing

New players should be wary of using double or nothing in games such as poker. It is often used as a last resort if things are not faring well for the player. However, if the player is feeling particularly brave, the chance to walk away with double the original stake is a difficult prospect to ignore.