Some movies and shows mention casino gaming in passing, others shoot a few scenes in an actual casino and then some movies go all out and centre their entire plot on gambling and the casino industry. Fever Pitch from 1985 is one such movie that firmly falls within the latter collection, with the general plot being based around a reporter addicted to gambling but at the same time trying to delve deeper into the entire operation and write articles on the industry.

The cast is rather interesting and while the film ultimately flopped a bit in the box office, the premise is quite intriguing. There is also quite a background to the process of creating the movie as well as rather funny award industry it seems the lead actor became quite affiliated with. Overall the movie at its fundaments takes a unique look at betting in general, from the practical as well as the moral and emotional aspects.

Exploring the Plot of Fever Pitch

Fever Pitch is a movie that focuses on main character Steve Taggart, who is a journalist for the Los Angeles Herald Examiner who becomes more and more obsessed with gambling. He begins writing articles about a particular gambler he calls Mr. Green who, it turns out, is himself. This of course leads him down a rather obsessive path, going deeper and deeper into the industry and debt to fund his habit and his articles. After a while of borrowing from dodgy loan sharks and losing at the tables he begins to incite some particular trouble from some of the big names in the business, like The Dutchman.

Fortunately for Taggart his editor at the Herald Examiner loves his articles and, without knowledge that he is in fact Mr. Green, sends him excursion money to help produce the pieces. Taggart later ends up going to Vegas and associating with many of the high rollers in the Industry. He is also assaulted while at the tracks with his Daughter, by someone he owes money to. This spurs him to gain control of his habit as well as get even by going to a few Gamblers Anonymous meetings and coercing a high roller there.

Fever Pitch culminates to an end where Taggart finds himself close to over his habit of gambling, but still in debt. His solution given the circumstances is to then try and win enough money to pay off his debts through betting. A somewhat different turn of events given the build up, where in the end the protagonist goes back to doing what they were when we first joined them in the beginning of the movie. 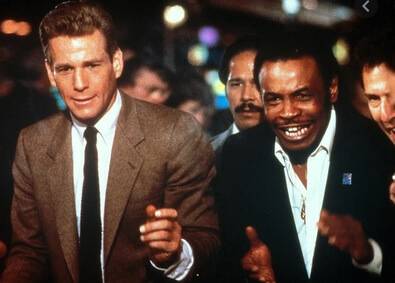 The lead role in Fever Pitch is played by Ryan O’Neal, who is obviously Steve Taggart in the film. An interesting thing to note here is the Razzie awards and how this movie contributed to O’Neal’s winning of the worst actor of the decade Razzie award. However despite the critics this movie still had some interesting moments, and was also the last production from director and writer Richard Brooks who came up with the idea after a recovery from heart attack in 1983 when he took interest in the gambling scene in America. It took him two years to write and some 9 months to edit.